Miranda Ballentine has devoted her career to accelerating the role of advanced energy in national security, economic prosperity, and solving climate change.

Miranda Ballentine has devoted her career to accelerating the role of advanced energy in national security, economic prosperity, and solving climate change.

In September, 2018, Miranda became the founding CEO of Clean Energy Buyers Association (CEBA), an alliance of large clean energy buyers, developers, and service providers who, together with NGO partners, are unlocking the marketplace for all non-residential energy buyers to lead a rapid transition to a cleaner, prosperous, zero-carbon energy future. This new membership-based organization is building a resilient, zero-carbon energy system where every organization has a viable, expedient, and cost-effective pathway to renewable energy.

Miranda joins CEBA after serving as CEO of Constant Power, Inc., a Toronto-based developer, integrator, and operator of distributed energy resources. Prior to CPI, Miranda was Managing Director of Rocky Mountain Institute’s Business Renewables Center, a member-based platform that accelerates corporate purchasing of renewable energy. BRC members were involved in 100% of corporate renewables large-scale deals in 2018.

From 2014-2017, Miranda served President Obama as the 4th Assistant Secretary of the Air Force for Installations, Environment, & Energy, where she was responsible for a $9 billion annual energy budget in addition to environmental programs for 9 million acres of land, 200 miles of coastline, 600,000 acres of forestland, and 270,000 acres of wetlands. She launched the Resilient Energy Demonstration Initiative (REDI), which developed smart, cyber-secure microgrids, including a “Future Forward Operating Base.”

Previously, Miranda was Director of Sustainability for Global Renewable Energy at Walmart Stores, Inc, where she led a team in fifteen countries to develop strategies toward Walmart’s goal to be supplied by 100% renewable energy. These programs identified $1+ billion in potential annual energy savings and 9 million metric tons of avoided greenhouse gas potential.

In 2013, Miranda was selected to join the World Economic Forum’s Young Global Leaders. She has a BS degree from Colorado State University and an MBA from George Washington University. She lives in Washington, DC with her husband, daughter, and step-daughter.

Getting to Scale: How Amazon, Walmart and RMI Catalyze Sustainability 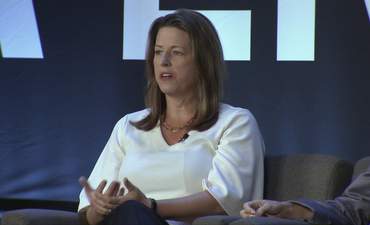 How — and why — the world's biggest buyers deploy clean energy

What do the nation's biggest brick-and-mortar retailer, an e-commerce giant and the U.S. military have in common?

They are some of the world's biggest buyers of energy, and they are all scaling their efforts to procure renewables.

Here, the heads of sustainability at Walmart and Amazon and former assistant secretary of the U.S. Air Force (now head of RMI's Business Renewables Center) tackle sustainability solutions at a global scale with a focus on economic prosperity. 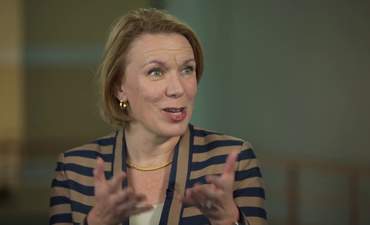 Four years ago, when she was leading Walmart's global renewable strategy team, Ballentine met with leaders from several nonprofits to discuss the state of corporate renewable energy procurement. 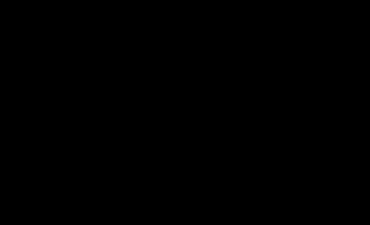 In a keynote panel during the 2016 VERGE Hawaii conference, Secretary Miranda Ballentine of the U.S. Air Force and Secretary Dennis McGinn of the U.S.