Nichols currently serves as the Co-Chair of the Commission on the Future of Mobility, as Vice Chair of the California-China Climate Institute with former Governor Edmund J.

Nichols currently serves as the Co-Chair of the Commission on the Future of Mobility, as Vice Chair of the California-China Climate Institute with former Governor Edmund J. Brown of California, holds visiting appointments at Columbia University’s Center on Global Energy Policy and Cornell Atkinson Center for a Sustainable Future, is a fellow at the American Academy of Arts and Sciences, and a professor of Law at UCLA. In December 2020 Nichols completed her long tenure at the California Air Resources Board (CARB), a post she has held since 2007. She also served as Chair of the Air Resources Board from 1979-1983. Under Republican and Democratic governors, Nichols oversaw the development and implementation of multiple globally recognized programs to cut air pollution and greenhouse gas emissions in ways that create jobs and support economic growth. During her leadership at the CARB, California became a national leader at developing clean energy and clean transportation solutions that many other states and nations have adopted. Nichols brings a large area of expertise drawing from her many other positions, including bringing the first litigation under the then-recently passed U.S. Clean Air Act while working at the Center for Law in the Public Interest from 1971-1974. From 1993-1997, Nichols served as Assistant Administrator of Air and Radiation for the U.S. Environmental Protection Agency under President Bill Clinton. Her efforts there led to the first federal air quality standard regulating potentially deadly fine-particle pollution and the acid rain trading program. Nichols has also served as the California Secretary for the Natural Resources Agency from 1997-2003, as Executive Director of Environment Now Foundation; founder of the Los Angeles Office of Natural Resources Defense Council; Professor and Director at UCLA Institute of Environment; and co-founder of the first environmental justice working group, a multi-ethnic forum for leaders from traditional environmental and community-based organizations to address issues of environmental equity. Nichols received her B.A. from Cornell University and her J.D. from Yale Law School.

Mary Nichols on the transition to a decarbonized transportation system 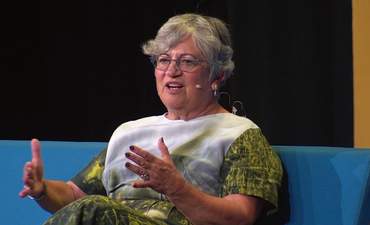 Mary Nichols on the transition to a decarbonized transportation system

WithMary Nichols and Katie Fehrenbacher
Hear from Mary Nichols, the Chair of the California Air Resources Board (CARB), who have spent years guiding, navigating and sometimes battling for a transition to a decarbonized transportation system.